The Mobil Rally was first held in Pichilemu surf capital and was not disappointed. With excellent and demanding roads, a great support from the people and the authorities, Pichilemu Grand Prix was a success. He had a spectacular start in the Plaza Prat Friday night, then move on to the clay roads of Pichilemu and play special Saturday and Sunday, day the heavy rains that fell in just a couple of hours prevented the start of the last test.

On this second day of Rally Mobil, the undisputed winner was Benjamin Israel aboard a Citroen DS3 and belonging to the Monster Energy team, Christopher Vidaurre outstripping current season champion.

It was thus concluded over 160 km long and adrenaline, tourists and especially the people of Pichilemu, They had the opportunity to enjoy first. Review images and video of the Grand Prix here Pichilemu: 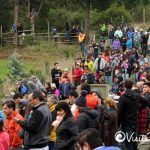 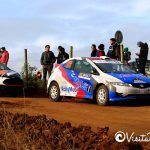